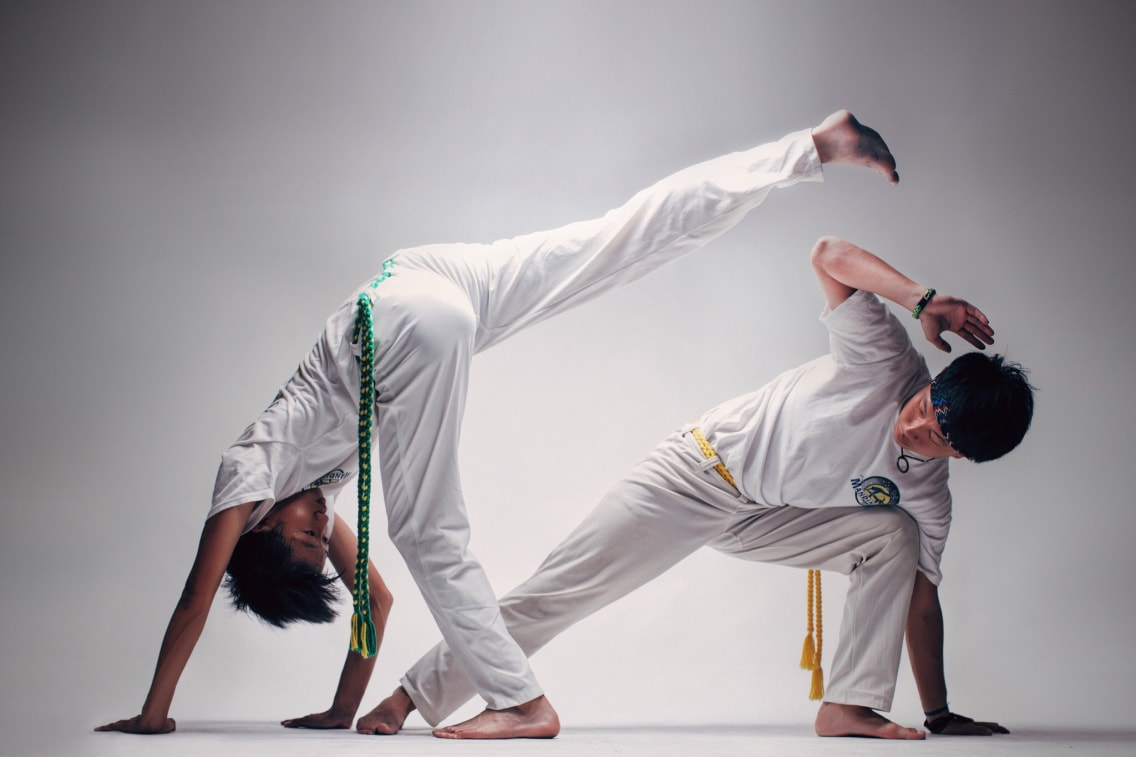 Capoeira originated in Brazil in the 1600s. The only indigenous American martial art, it was developed by African slaves in Brazil. Capoeira began to take form amongst the community of slaves that worked on the sugar cane plantations, the docks and various other slave works. It became a strong weapon in the life and death struggle against their oppressors. When the slave owners realized the power of capoeira, they began to punish those who practiced it, sometimes with death. Capoeiristas learned to camouflage the forbidden fight with dance, singing and clapping as though it were simply entertainment. The fight was disguised behind the dance – a dance that could be graceful but also deadly.
Mestre Bimba, with his good will and love of the art was able to take capoeira from being forbidden by law and transformed it into Brazil’s national sport. He along with Mestre Pastinha was the first to open schools and the capoeira tree grew, spreading its branches across the world.
Capoeira is an art form and self-defense; with strong aerobic and dance elements. It is a harmony of forces that teaches you awareness, power, flexibility, endurance, self-confidence and self-discovery all while having lots of fun. Capoeira balances the body, soul and mind. It is a graceful, exciting art form that teaches you to be alert. The art keeps its strong traditions and enables one to break through limits surprising even the practitioners in what they can do. Practicing capoeira revitalizes you for everyday life.